Home  >  Knives & More  >  Self Defense Knives
Home > Self Defense Knives
Disclosure
This website is a participant in the Amazon Services LLC Associates Program. We are reader-supported. If you buy something through links on our site, we may earn an affiliate commission at no additional cost to you. This doesn't affect which products are included in our content. It helps us pay to keep this site free to use while providing you with expertly-researched unbiased recommendations.

The Best Self Defense Knives of 2021 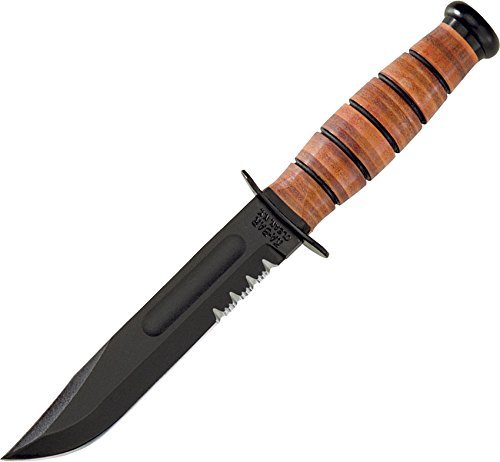 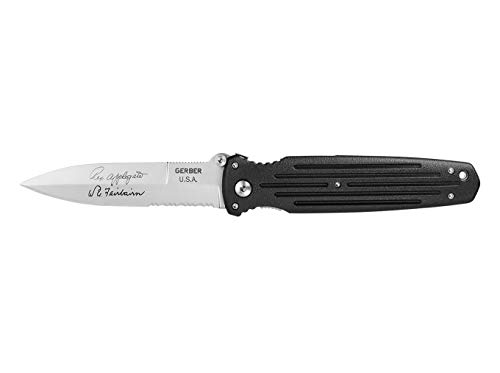 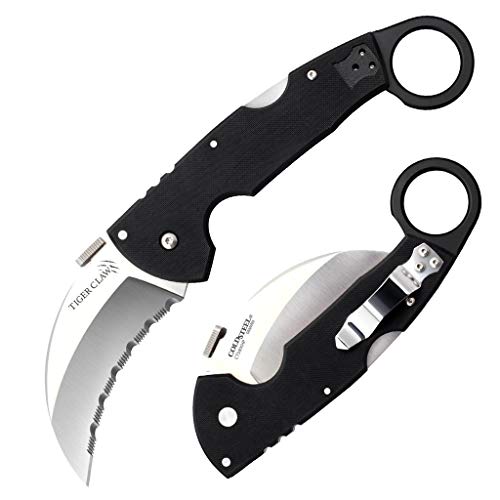 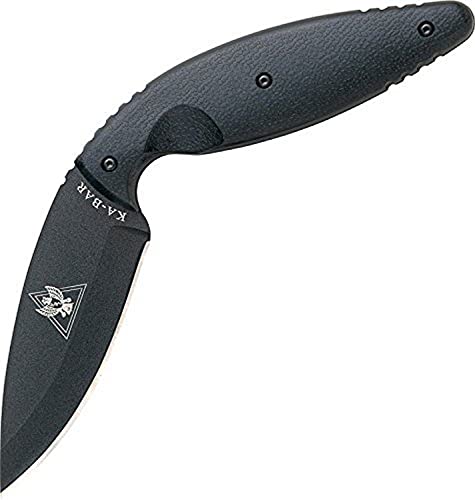 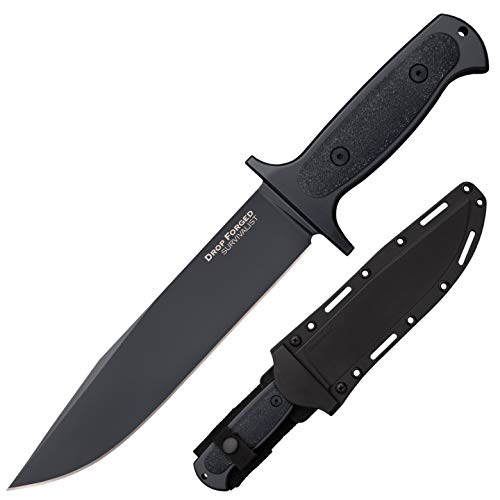 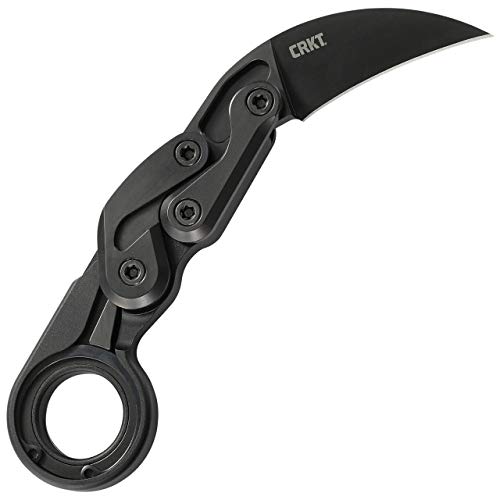 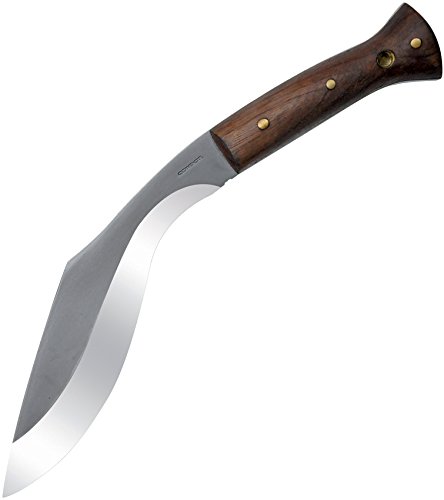 Alright, before I dive into it, I’d like to cover some basics of knife fighting.

In Law Enforcement, there is this theory called ‘The Rule of Three':

So if we take all this into account, and realize that an untrained combatant with a carry and concealed pistol, whose body is raging with adrenaline is more than likely going to fumble and take much longer than 3 seconds to draw, aim, and fire.

Not to mention this person is going to have to take a step backward to appropriately line up a sight picture.

When picking a knife for self-defense you need to be aware of two things:

With the appropriately placed knife wound an assailant will lose enough blood to lose consciousness within 15 seconds or less, giving you the ability to grapple their weapon until they are no longer a threat, like a boa if you will.

I would suggest a light study of anatomy, specifically the placement of major arteries.

Here in Tennesse, there are no restrictions on the length of a knife blade, neither is there a distinction on open or concealed carry knives. Meaning that if you were so inclined you could carry a sword.

Be sure to check the laws of your state before you purchase a knife for self-defense, you only need a length of 3” to reach any major artery so smaller can be better.Every time you turn on the news nowadays you can’t help but hear or read about someone getting shot, kidnapped, raped, or murdered.

It stresses the importance of being armed while you are out doing your errands and minding your own business. This is why I’ve decided to scrape up an article on the best knives for self-defense.

Knives and not guns? Yes, knives. Believe it or not, there is a bit of statistical evidence to go along with why you can bring a knife to a gunfight and I’ll get to that.

Not all knives are created equal, and many knives are made simply to be sold. So I’m going to break down a list of knives designed specifically for functionality.

Our Top Picks For Self Defense Knives

Reviews Of The Best Self Defense Knives From Our Research

When it comes to fighting knives no knife is more iconic than the KA-BAR Fighting Utility knife. This knife saw combat and mass production for the U.S. Marine Corps and Navy during World War II. After the war, this knife saw utility in more than just combat and was widely adopted by civilians for its use in hunting and general-purpose tasks throughout the day.

Due to restrictions placed on knives, such as blade length, the iconic KA-BAR saw a decline in popularity over the past few decades. However, many states have begun to relax the laws governing knives, and the KA-BAR is seeing a resurgence in popularity due to its affordability and reliability.

This is a knife that won’t break the bank if lost and is easily replaceable and has a long history of dependability in the harshest of environments.

When it comes to self-defense purposes this knife will be quite difficult to conceal. With a whopping 7’ blade and full grip, the KA-BAR Fighting Knife will likely deter any potential assailant from even targeting a person carrying this monster.

Given those proportions, you can easily nail an attacker to the wall behind them and leave them there are you make your escape and call the police.

This folder is an absolute favorite of mine, I inherited one from my father and reveled in its construction. Which should be no surprise, Gerber makes knives and cutting tools for those in the line of duty, whether they are soldiers, medics, firemen, or search and rescue operatives.

This knife is solid, and when you hold it in your hand it bleeds confidence. With a 4 ½’ double-beveled blade you don’t have to worry about what direction you are working on a person from, just let ‘er rip. The blade itself is partially serrated which takes care of a little-known problem when you bury a blade into a person.

See the body has this reflex to pain called ‘guarding,’ where the muscles will contract around the pain site, effectively grabbing a knife blade and keeping it from being removed. This is no good, how is a mugger going to bleed out if the knife is still there?

Enter partial serration. With a nice jerk, you can remove this knife from the soon-to-be corpse leaving a jagged wound behind that will be nigh-impossible to stop bleeding from before it’s simply too late.

Because this knife is a folder it is easily concealed in a pocket. Did I mention its heavy construction is bar-none? Once the locking system is disengaged this knife flips open with ease, to the point it can be opened nigh effortlessly with one hand, keeping your other hand free for engaging your opponent.

Karambit knives are simply my favorite styles of knives to preach about when it comes to everyday carry for self-defense. These knives have been highly popularized and mass-produced, so they come in a range of stylizations inside of their natural profile. Buyer beware, you don’t need all that fantasy junk. Keep it simple.

The Karambit was originally used by farmers and foragers in Indonesia, and as legend has it, the profile of the blade was designed after a tiger claw. Bio-mimicry at its finest if you ask me because predators live by dispatching prey quickly and efficiently without getting hurt in the process.

Due to the curvature of the blade, the Karambit easily slices through the skin, muscle, and life-providing arteries. Stabbing is highly ineffective in dispatching an assailant, the human body is highly resilient, but slicing an opponent with a Karambit will disembowel them in one motion.

The Cold Steel Tiger Trainer is a highly affordable, highly lethal fixed blade Karambit. Because it has such a slim profile and short blade length, this knife is perfect for concealed carry, and like a big cat, think of it as a retractable claw.

Another KA-BAR product to make this list that I have also had the pleasure of owning and carrying, the KA-BAR TDI is a creative mix between a push dagger and a Karambit profile.

The TDI comes in two sizes, large and small, though either size is highly effective in terms of self-defense. This knife is a fixed blade that comes with its hard plastic sheath that the TDI locks into, allowing you to conceal this knife on the front of your pants, with the sheath clip hidden by a belt.

The smart design of the TDI allows you to expose the handle by lifting your shirt with one hand and drawing the knife with the other. This follows the natural movement of your hands from the sides to a defensive position in front of your face. Any would-be attacker would likely not even realize you drew a knife before it was in them.

This knife was designed by KA-BAR specifically for Law Enforcement as a secondary weapon to their pistol, so if you are familiar and practiced in pistol fighting the KA-BAR TDI will feel right at home in your hands.

Push daggers, like Karambits, are another type of blade profile that is highly maligned by many producers trying to innovate or add ‘style points’ to an effective design for the sake of sales. That’s where the Cold Steel Safe Maker comes into play.

Simple in design with a 4 ½” blade, the Safe Maker is also another exceptional self-defense knife. While I may preach against getting stab happy with a knife in self-defense, for one it isn’t effective in thoroughly dispatching an opponent, and two, it’s a lot harder to defend yourself in civil court against a still living mugger with 30+ holes in him because it comes off as purely malicious.

The design of a punch dagger is strictly meant as a weapon, so if you are thinking about getting one for personal defense be double sure to check the laws of your state on knife carry.

Similar to the KA-BAR TDI the Safe Maker comes with an easily concealable belt sheath making access to it fast and effective with a low concealed profile.

Something to be said is that since you definitely won’t be slashing a person with this knife profile in a self-defense situation you’ll want to go for the hands and face and get going. Your opponent is going to have a hard time attacking you if they can’t use their hand, and attacking a person’s face with a knife instills a primal fear that even hardened veterans have a bad time handling.

There is an oversized ring on the butt of the handle, so while this knife can easily slip into your pocket while closed it can be easily grabbed and swung open with a single finger in one swift motion.

While the priciest self-defense knife on this list, if you have the money to spend it is worth every penny.

The Kukri isn’t so much of a knife as it is a machete. This style of blade originated on the Indian continent and reached infamy through the more than capable hands of a group of elite warriors known as the Gurkha.

While the blade length of this weapon is much too large for most states it needs to be said that the Kurki is devastating in close quarters combat. While most of the knives in this article are primarily for slicing and a little stabby-stab, the kukri is designed for chopping.

If you swing this puppy with enough force you won’t just be slicing and dicing but you will be effectively dismembering aggressors with ease.

Not exactly the most practical self-defense blade for everyday carry, the kukri makes an excellent companion for those of you that might be getting out for a week on a long backpacking trip. It doubles in utility by making itself a great bushcraft knife, being able to chop small limbs and trees down with ease.

An honorable mention for sure, but when I get out into the Appalachia this is my blade of choice. Any crazy will think twice if you are packing 2 lbs of straight storied compost maker.

While having a knife in a self-defense scenario is definitely going to increase your chances of survival, it is merely an extension of yourself. Without training and proper conditioning, it might not matter if you are armed or not.

While open carry acts as its own deterrent, a person who is hopped up on a drug cocktail or simply not okay in the head may not be able to realize and understand the danger they are putting themselves in.

So it comes down to you to take your personal safety seriously and get in a gym and self-defense classes.

Repetition makes habits, and habits will save your life.