Home  >  Knives  >  Trench Knives
Disclosure
This website is a participant in the Amazon Services LLC Associates Program. We are reader-supported. If you buy something through links on our site, we may earn an affiliate commission at no additional cost to you. This doesn't affect which products are included in our content. It helps us pay to keep this site free to use while providing you with expertly-researched unbiased recommendations. 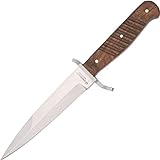 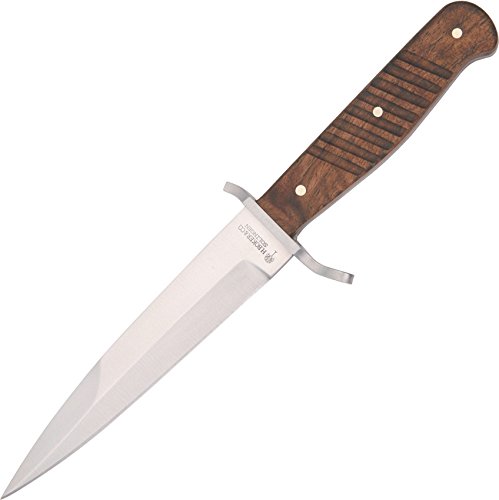 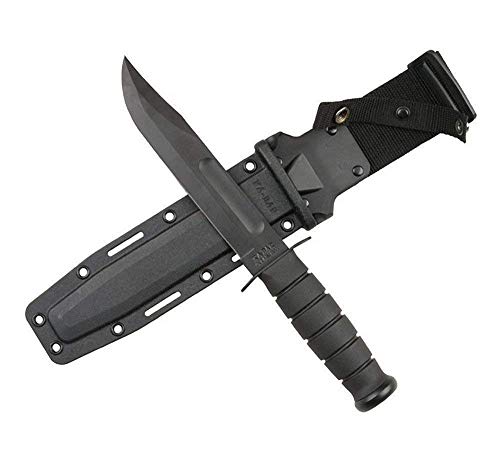 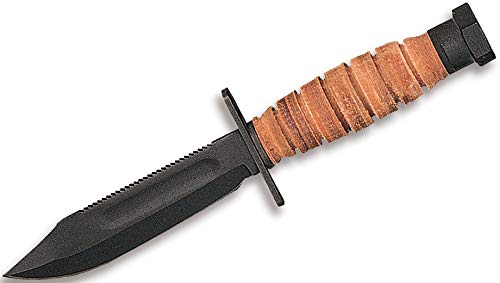 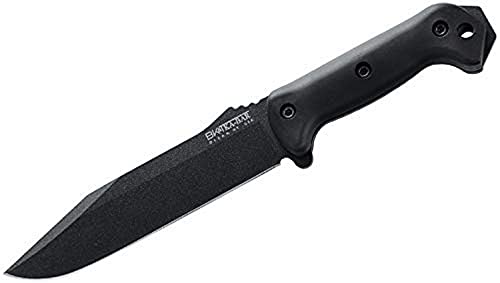 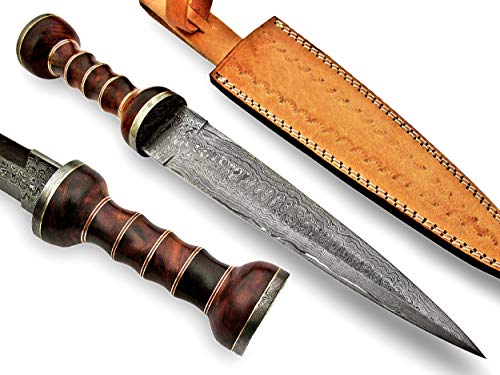 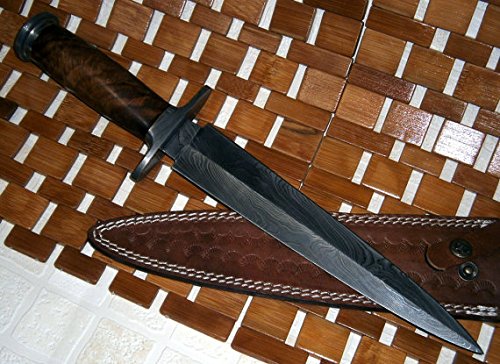 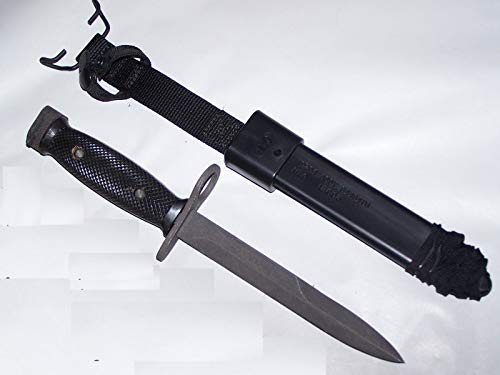 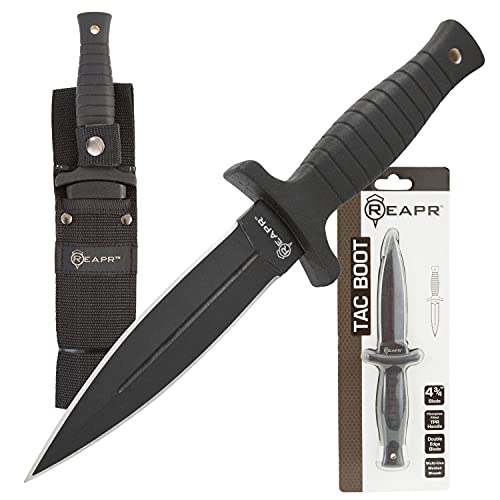 A Brief History of the World’s Deadliest Knife

When the United States decided to enter WWI the military and its troops at large were quite green to the horror of warfare. This was even reflected in the equipment that the military branches used.

Innovation often comes from those inside the industry and from a process known as heuristics. The trench knife is a weapon that what directly created to fit a need that their equipment just couldn’t quite handle at the time.

During this time bayonets were still being issued by militaries on all fronts of WWI, which didn’t quite suit the conditions of trench warfare effectively. The bayonets from WWI were a holdover design from when infantry would often have to defend against horse-mounted cavalry and was much longer because of that.

Since the bayonets used at the time were so long, they ended up being difficult to wield effectively in the confines of the trenches.

So, soldiers themselves began to craft their own combat knives to be more efficient at hand-to-hand combat in the trenches, often from their bayonets. French infantrymen were among the first to do so, and quickly.

Both the German and the American forces began to do the same.

Eventually, the American brass took notice, and soon after the M1917 trench knife was developed and issued to various members of its military.

Remember, carrying a weapon such as this in a state where they are outlawed carries a hefty price. So keep that in mind.Trench knives are combat knives that are some of the most formidable weapons in close quarters combat. These knives found their place in WWI in, you guessed it, the trenches, where they saw heavy use.

Trench knives are also known as knuckle knives because of their distinctive knuckle covers, generally with spikes affixed to them, which helped to prevent enemy soldiers from grabbing them while fighting in the trenches.

These knuckle guards are what set trench knives apart from atypical combat knives.

These are knives made specifically for the brutality and desperation of close-quarters fighting in tight spaces. So it goes without saying that these knives are illegal in many states. Some styles of trench knives are still banned by the Geneva Convention.

There are exceptions to this, considering the historical importance of this style of knife. So while you can’t go around carrying them in many states you may still be legally able to purchase them to display them.

Our Top Picks For Trench Knives

Reviews Of The Best Trench Knives From Our Research

This is the knife that started it all with trench knives. The French infantry was quick to improvise their design by forging these knives from the available steel spikes used to set barbed wire.

Simple, but terrifyingly effective. After the French infantry used these knives to great effect on the German troops of WWI the Germans designed their own knives for general-issue.

The French Nail varied in length and design throughout WWI due to the strain the war put on production and material.

This model is accurate to the knives French infantry would make themselves, made from a single piece of high carbon steel, blade, handle, and handle guard.

This is a replica knife made from high carbon steel based on the trench knife issues to the Rangers and Raiders of WWI. The knife wasn’t the first of its kind as the French had beat them to it.

The triangular blade was taken directly from the french trench knife, which was known as the French Nail. The stiletto-style blade made the knife only usable for stabbing, limiting its ability to be used in the trenches.

The M1917 saw limited use in WWI due to its design which also led to the blades breaking during combat. The knife underwent review and was later followed in production by the M1918 which suffered the same problems and unpopularity among infantrymen.

This replica is a perfect addition for any collector that is looking for a historically accurate trench knife from WWI.

After the M1917 and the M1918 met the same fate on the battlefield, the American Expeditionary Force collected a board of Army officers to design and test various knife designs for their forces.

This testing board birthed the Mark 1 Trench knife, unfortunately, the Mark 1 was developed, approved, and produced too late into WWI to see widespread issuance to infantry.

However, the Mark 1 Trench knife saw action during WWII with the Ranger, Raiders, and flight crews, where it proved to be an invaluable tool and weapon.

This Mark 1 Trench Knife is a historically accurate replica from the WWII era, complete with the steel scabbard and all-bronze knuckle duster handle with the ‘skull crusher’ spiked pommel that many modern knives call a ‘window breaker.

While the original Mark 1 had a heavy bronze handle, Atlanta Cutlery’s take on the knife does it serious justice. While the handle has been upgraded to modern materials, this offering has all of the original design features that made the Mark 1 a feared close-quarters weapon.

The ‘Skull-Crusher’ pommel has also been upgraded from the original bronze to steel as well, which will hold its point much better than the original bronze. The spikes on the knuckle guard have also been made sharper and more aggressive, another benefit from modern manufacturing.

While not an exact replica, this piece will fit right at home for a collector who isn’t looking for an exact era-a replica. Often, a stand-in works, and a modern stand-in will stand up to use better than an original.

For those of you maniacs who are looking for a trench knife that is designed for use, say you live in South Carolina. Then Wartech’s Tactical Trench knife is something to look at for your militarized bugout bag.

Where a few states have very relaxed knife laws like Tennessee, other weapons like brass knuckles are still prohibited. Apparently, South Carolina has no qualms with the legality of either.

This modern take on the trench knife is made from a 440 stainless steel serrated blade, a polycarbonate handle, and comes with a fabric sheath.

Another functional trench knife for you guys outs there looking for something a bit more modern.

The blade on this sucker is a hefty 9” full tang blade, making it the longest blade on this list. The blade itself is made from 9260 steel, which is often used in sword making due to its ability to take a beating and keep its edge.

The handle is made from G10, a popular choice for many well-known knife producers. The sheath this knife comes with is Molle compatible.

This modern trench knife is made by the Italian company Extrema Ratio, a company that focuses on making knives for military, commercial, and kitchen use.

The partially serrated 6.5” blade of the knife is made from N690 stainless steel, which Extreme Ratio uses in many of its knives. The knuckle guard and handle are both made from TPE, a very durable rubber, which gives the handle a great grip even when in wet conditions.

The sheath that accompanies this knife is built for a position on the, placing it in an easily reachable position for easy access if caught in a tight spot.

Another absolute beast of a trench knife.

United Cutlery outdid itself with the Combat Commando, this knife sports a tanto style 1060Mn carbon steel blade that stretches out to a whopping 7.5”. The handle is made from TPR, a thermoplastic rubber similar to TPE, which ensures that you won’t lose your grip regardless of the situation you find yourself in.

The aggressive modern design of this knife is not only aesthetically pleasing but practical as well. Instead of your atypical trench knife spikes on the knuckle guard, the sharp angles of the TPR are sure going to leave a lasting impression on and whoever thinks that they can take a swing.

True to trench knife form, it also sports an oversized ‘Skullcrusher’ made from the same steel as the blade. The sheath this knife comes with is made from nylon with an interior PVC lining, meaning you do not have to worry about it ever dulling the razor-sharp edge.