Home  >  Knives  >  Tanto Knives
Disclosure
This website is a participant in the Amazon Services LLC Associates Program. We are reader-supported. If you buy something through links on our site, we may earn an affiliate commission at no additional cost to you. This doesn't affect which products are included in our content. It helps us pay to keep this site free to use while providing you with expertly-researched unbiased recommendations. 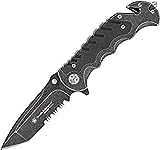 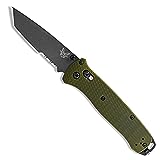 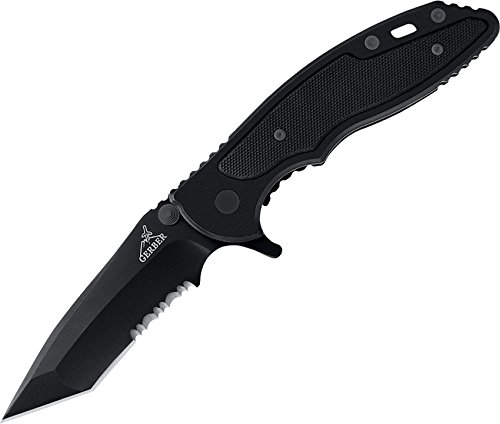 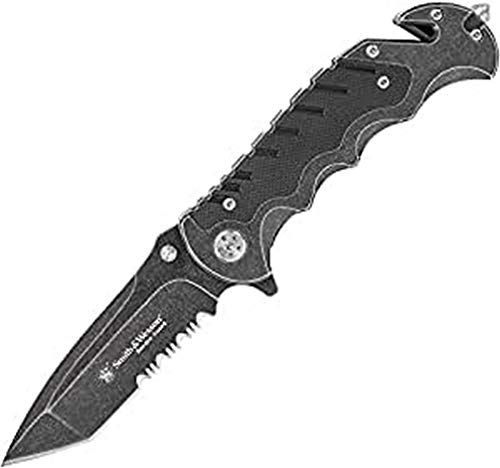 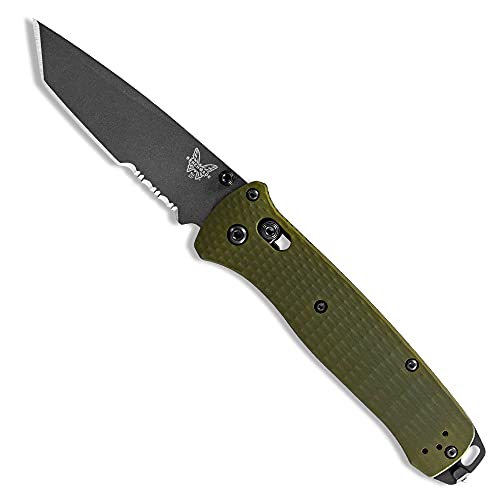 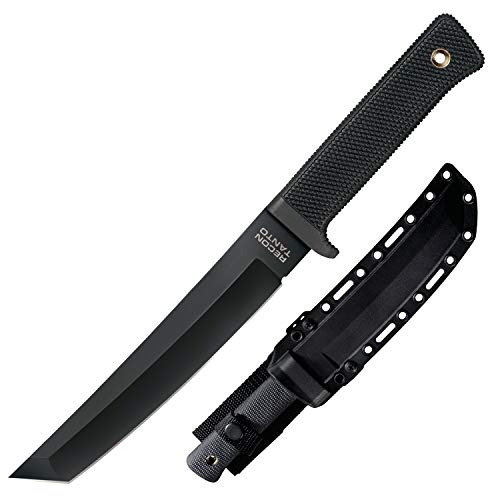 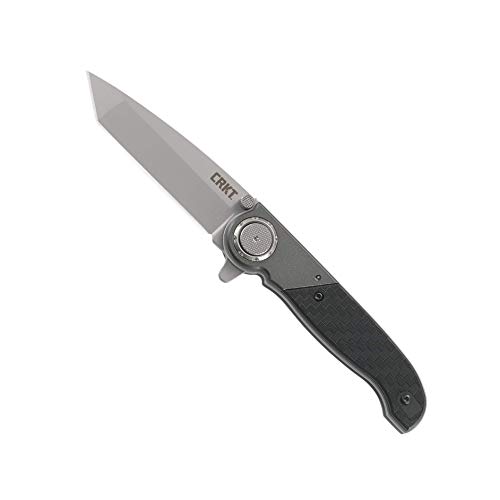 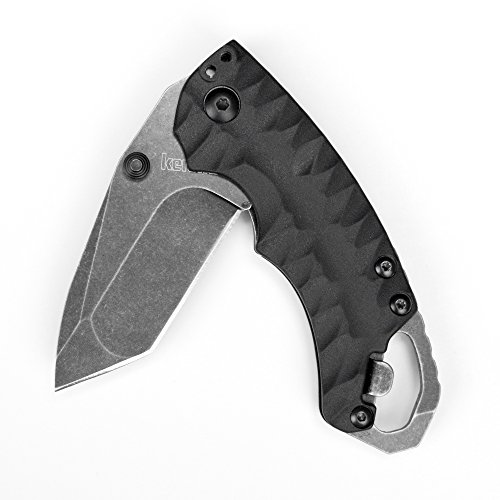 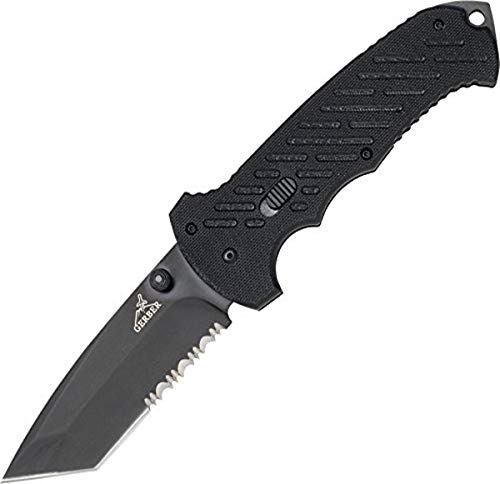 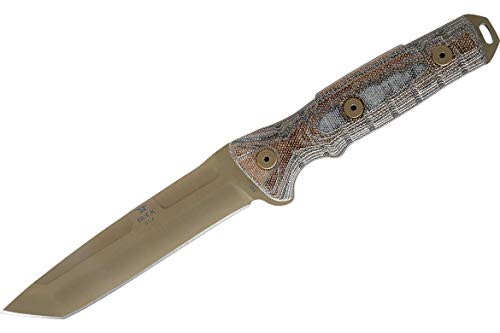 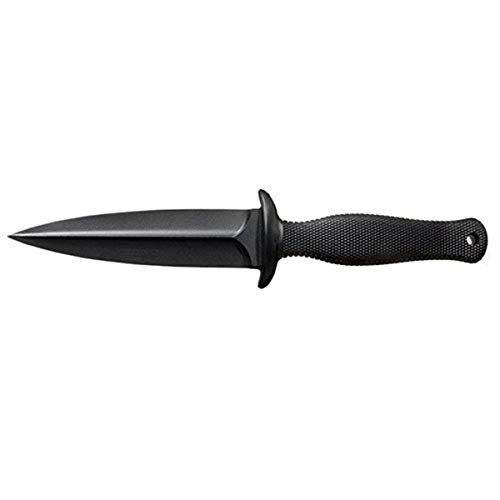 Tanto knives have one of the most iconic profiles that a knife blade can have. Which is fitting for a knife blade whose history stretches back over one thousand years.

The design of the tanto was traditionally used for puncturing armor which you can tell upon a quick inspection. Similar to the drop-point, the tanto style has a very strong and sturdy tip.

The tanto is also one very modern-looking blade, so if that’s your aesthetic then this might just be the fit for you.

Since tanto is a profile you can find a tanto knife in pretty much any style that you are looking for whether it’s assisted-opening, automatic, butterfly, gravity, folding, and OTF.

So it’s whatever hits your fancy.

Just keep in mind to check the legality of your state, while some states still have ridiculous laws regarding what knives you can and can’t carry.

Our Top Picks For Tanto Knives

Reviews Of The Best Tanto Knives From Our Research

Gerber has been making knives in America since the late 1930s and it shows in every single one of their products. The Torch II is no exception to this, and it is a knife that is not going to break your bank.

Like Gerber, Smith & Wesson has also had a long run in the industry of making knives.

They don’t just make knives but trusted gear for outdoorsmen and law enforcement as well. The Border Guard Folder is a knife made that shows this detail in its construction.

Benchmade is one of the younger companies on this list that started under the name of Bali-Song because their flagship knife was a balisong or butterfly knife.

Since then they have been manufacturing all manner of knives, and are now a common name thrown around amongst law enforcement and members military.

The 537 GY Bailout is a unique offering, designed with the idea of power-to-weight ratio in mind this folding tanto only weighs in a 2oz. Meaning you likely won’t even know you are equipped with this as your EDC.

Now, you wouldn’t get very far in talking about American-made tanto knives without bringing up Cold Steel. This company was the one to bring the tanto profile into the spotlight of knife enthusiasts and makers alike.

Now, this tanto is likely to be illegal in many states, and it’s not your everyday carry. This is a straight-up combat knife and also shaped more like a traditional tanto with the slight curve of the Japanese style included.

However, this is a highly affordable combat knife that is sure to make you feel like a beast. If you have a son or daughter or relative in the military this will make a great gift that you can be sure of its quality, especially if your kid is a ground pounder.

Keep in mind, the Tanto was made for combat around 900 A.D. It’s still here even though the empire that used them isn’t. So think about that.

Columbia River Knife & Tool Company, let’s use CRKT, is a company that was started by a small group of former Kershaw employees, also a knife company, in the mid-90s. They have made quite the name for themselves in a very short amount of time.

They are well known for making high-quality products that are very affordable, when you live on minimum wage or not. This company is unique in that they rep their designers, truly proud of their staff, which might be part of the reason they became well known so quickly.

So the M40-02 is a knife made by one of their designers, Kit Carson, who passed away in 2014. However, his knives were so innovative and popular they are still on CRKT’s menu.

Speaking of Kershaw, next up on the list is a Kershaw tanto. Interestingly enough, Kershaw was started by an employee in 1974 that had a former employee of Gerber.

The Shuffle II tanto is an incredibly lightweight EDC at 9 grams. That is literally less than ⅓ of a gram.

So going back to one of my personal favorite cutlery manufacturers, let’s up the ante and talk about an automatic tanto.

While all the knives on this list are easily opened with one hand, an automatic knife takes it a step further and makes it as easy as a push of a button.

Surely if you are looking at knives you have heard of the Buck knife, a nigh infamous knife with today’s hunters and outdoorsmen and yesteryears frontiersmen. This company was started in 1902 by Hoyt Buck in his search to find a better way to temper steel, unsatisfied with the way knives of his time held an edge.

Five generations of the Buck Family later and the company is still continuing the tradition of making ridiculously high-quality knives. The Buck family has the 893 GCK tanto.

And now the honorable mention of the group, late to the party as usual.

Now, it wouldn’t be very behooving of my appreciation and knowledge of knife makers to bring up the history of Benchmade and not cover a balisong. Remember how I brought up the fact that Cold Steel brought about this tanto blade profile to the knife market?

And that the Benchmade got its start making balisong knives and were so committed to this that their companies name was Bali-Song? They got so popular in the market they still own the trademark Bali-Song and logo.

Well, here we have the FGX Balisong with a tanto blade. Besides being a butterfly knife, is completely unique.

That is because is made out of an entirely non-metal material called Grid-Ex meaning this knife is manufactured purely through injection molding, and light assembly.

Now butterfly knives are still restricted in many areas of the country, no idea what that’s about when you can literally 3d print a gun. So if you decide to purchase this butterfly knife be aware that it can still be a crime to possess one in your state.

But then again, since this knife won’t be setting off a metal detector kinda makes me wonder…

Anyways, let’s wrap this up.

Just because tanto knives are some of the most durable and heavy-hitting blades out on the market doesn’t mean you should neglect them. The straight-ishness of this knife profile makes them very easy to sharpen.

Whether you use an electric grinder or stones. But that’s not the part I want to get to.

Most of the knives on this list were made with the intention of being EDCs, meaning that you will be using them every day. So if you are new to the knife world just let me tell you that things will get dirty and grimy fast.

Whether it’s glue, sand, dirt, rust, blood, your ex’s tears, strippers make-up, or the dreams of a terrorist, it’s gonna get gummed up. 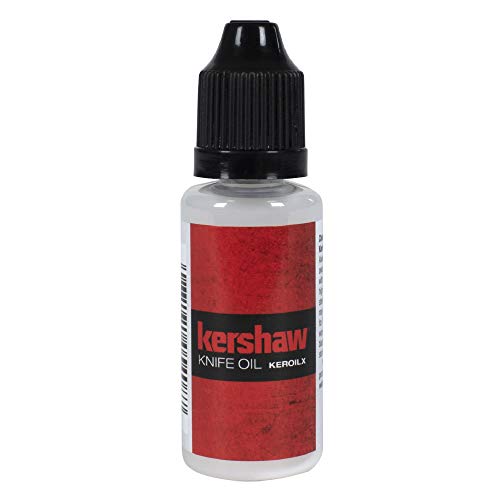 Kershaw Knife Oil (0.4 fl oz); Engineered to Protect and Enhance the Folding Mechanisms of Any...
−32%
View on Amazon